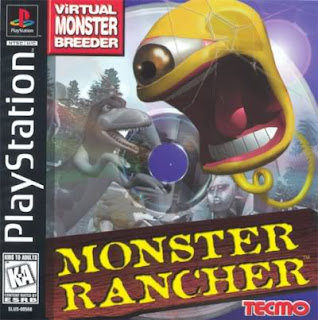 Monster Rancher (originally Monster Farm in Japan) was a game released by Tecmo in North America for the Sony PlayStation in November 1997. It would go on to receive a cult following, earning four more sequels spanning from the PlayStation 1 to the PlayStation 2 and spin-off games for various consoles and even an Anime. Needless to say, Monster Rancher has found a place in many people's hearts, but let take a look at the first game. The one that started it all.


You start the game off as a Beginner Monster Breeder and after choosing your name you set off to acquire your Breeder’s Assistant, Holly, who will help with the day to day operations of running the ranch. 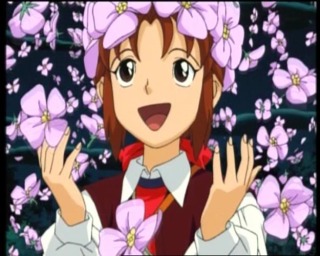 
After that you’re off to town to find your first monster. Now the big innovation of this game is the ability to swap a CD ROM (called Mystery Discs) with the Monster Rancher game disc at The Shrine in order to generate a monster for you to breed. Discs can be anything from Playstation games, computer games, etc. This was the game biggest marketing plug as even the back of the CD case warns you not to sit too close to your CDs, as if a monster is going to latch out from them and grab you. Wonder what the children thought of that one?

You have the option of getting monsters in-game without having to use a CD ROM, but that limits you to three of the most basic monsters in the game. For anything else you’d have to use the shrine. You can also combine monsters to get different types and even use items to acquire rare monsters.

The main goal of the game is to be the very best! The best there ever was – by competing in tournaments and rising through the ranks to become eligible for the Big Four not to be confused with the Elite Four from Pokemon. To achieve this you have to work on your monster’s stats: life, power, defense, skill, speed and intelligence. You can raise these for your monsters by doing jobs for gold (cash) or by going through a training program that cost 2,000 gold without a discount.

The game time format goes by weeks, starting off on the first week of April in the year 1000. At the beginning of each month you can choose between three items for your monster to eat, because I guess a monster only needs to eat every 30 days, and official tournaments are held at the end of the month every couple of months. Working and Resting only last one week while Training lasts four. By the way wouldn’t it be awesome to be able to sleep in for seven days straight? On top of the stats you also have to keep a watch on the monster’s loyalty. The higher the loyalty, the less likely he’s to be confused during tournaments.

Battles aren't all that complicated, but depending on how your stats measure up it can be a pain in the ass. You fight with a time limit and the most you can do is close in, back off and attack. Your monster’s will power determines how much damage he can inflict and when it gets low you have to wait before you can attack again. The way to win is to either Knock Out your opponent or have the most health when the time runs out. At the end of each tournament you’ll receive the cash prize and your monster fame level will increase. In some tournaments you can also compete for an item.

If I had to give the game one major criticism it would be in how repetitive it can become. This is an unfortunate setback to the game’s style, but ultimately the most you can do is put your monster to work, train him, watch him sleep, and battle. As you progress in the game you’ll have the option to go on expeditions to collect rare items, but even those get boring after a while. Each monster type offers a new animation while its working, but there’s only so much one can expect from this game. If you’re the type who can get bore easily then this might not be the game for you.

While it’s important that you raise your monster stats up for battle, it can take a long time and your monster only has so many years before they die. That’s right, the monster you’re breeding can die. The average monster's life span is three years with some living a little bit longer. Wait too long and your monster will kick the bucket. You can usually tell when the end is near when Holly is telling you that your monster should retire. You can add some more years to their lives by freezing them and raising another monster in the meantime, but you’re just prolonging the inevitable. You can retire an existing monster by going to the Market place in town and giving them away. The death itself isn’t so much of a con as an inconvenience since many players I know have been caught off guard by it while trying to be patient with training their monster.

Monster Rancher is a fun game for children and adults. If you enjoy breeding animals and a good challenge, then I definitely recommend it.

I guess there’s nothing else left to say but:

I wanna be the very best
like no one ever was.
To unlock them is my real test
to breed them is my cause.
I will travel across the CD rack
searching far and wide.
Teach the monsters to understand
the power that’s inside.
Monster Rancher! Gotta unlock’em all!
It's you and me.

I know it's my destiny!
Monster Rancher!
Oh, you’re my best friend
in a world we must defend (from a cow?) 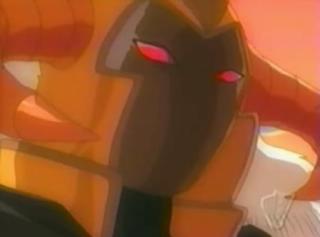