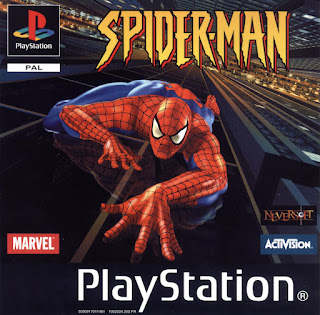 Spider-Man, Spider-Man, does whatever a spider can. That's right, today we take a look at the game developed by Neversoft and published by Activision, based on one of the biggest superhero comic book franchises the world has ever known, THE AMAZING SPIDER-MAN!


This web-swinger spun into action in August 1962 in Amazing Fantasy #15 starring a young adolescence (NERDDD!) named Peter Parker who after being bitten by a radiative spider has had to struggle with school life while using his new superpowers to help fight crime. We've seen him in comics for over five decades, TV series after TV series, five movies, and of course a BUTTLOAD of video games, like this one. So, without further ado, let's dive right into Spider-Man.

Let see, after selecting New Game we have four modes to choose from: Kid Mode, Easy, Normal, and Hard. I like how Venom says Kid Mode! that won't scare children. Not at all.

Well I'd be, the voice of Spider-Man is Rino Romano, the voice of Batman/Bruce Wayne from the cartoon show The Batman. How would you like to have that on your resume? Web-Swinger by day, Cape Crusader by night! Doc Ock is voiced by Efrem Zimbalist Jr. The voice of Alfred from the 1992 Batman the Animated Series. How many Batman voices are in this thing?

We start off with Doc Ock going “Don't worry, children, I'm good now!” and our hero going, “Yeah right!” at a scientific demonstration at who knows where for God's know what. Hmm, a former villain who gave our main characters trouble in the past claiming to be good now? Where have I heard that one before? 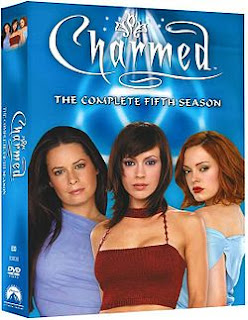 Fortunately, Spider-Man doesn't drag it out nearly as much.

Peter Parker: Last time I checked I was Spider-Man.

Well, either you have a disturbingly delusional grip on reality, or you're being framed!

NOOOO! I had Denise Richards and Neve Campbell making out on that roll of film!

After Impostor Spidey breaks Eddie's camera, he has a mental meltdown and turns into Venom. Peter Parker goes to find somewhere private to change into Spider-Man while two mysterious figures use the device to release a fog through the streets of New York City. Once Peter Parker is dressed for action he's greeted by Black Cat, whose graphic designer spared no expense working on her butt. She tells you that the Jade Syndicate is robbing a bank and it's up to you to stop them. Thus, we have our first chapter.

There are a total of six chapters each, with each one having its own comic book cover. The first chapter is a total of four levels only, but levels do vary in each chapter as you progress through the game.

Upon finishing the first level, we'll see our next big cut scene showing the police engaging the enemy via helicopters. Well, I'm sure nothing could go wrong here–

Man, you'd think with guys like Venom and Magneto running around they would have prepared better from experience, but nope!

To advance further make your way to the top of the bank, there you'll find some thugs you'll have to take out. Fight them however you see fit, they aren't that tough. After the last thug is taken out Spidey will enter the bank on his own, taking you to the next level. The best route I can advise for level three is one of stealth. Fortunately, thugs can't look up! So stay on the ceiling and attack from there. Be careful though, depending on what difficulty setting you have it on, if you're caught and waste too much time the thugs will kill the hostages, and if that happens it's game over.

Find and rescue all the hostages at the bank, tie up the thugs, and then move to the elevator in the next room. That'll take you to the fourth and final level of the first chapter. It's mostly the same as the previous, but you come across a slight difference. Three thugs, three hostages, a bomb and a big ass safe. Tie up the bad guys, free the hostages, open the safe door if you haven't already, and then throw the bomb in the safe and close it, day saved! In this case they practically want you to complete it because Spidey says “I need to put the bomb in a safe place.” If you can't figure that hint out then you shouldn't be playing.

That concludes The Bank Heist.

For a Spidey fan this game has everything you could ask for: great gameplay, great story, great fighting moves, and a reasonable challenge to put your abilities to the test. There's also plenty to unlock such as alternate costumes and just when you think it can't get any better Stan Lee himself comes in and does the narration for the game. Whether you're a fan of Spider-Man, Marvel, superheros in general, or just looking for a fun game, I would definitely recommend Spider-Man. It's something that I could replay over and over even today. I'm ToriJ, signin–!

Hold on, I need to get that.

Jay Jonah Jameson: Shut up and dial 911! Scorpion's here. You have to–! 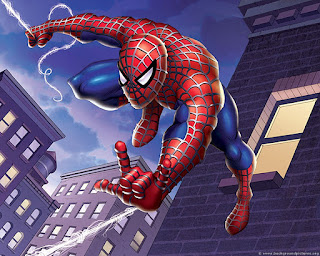 Spider-Man, Spider-Man,
Does whatever a spider can
Spins a web, any size,
Catches thieves just like flies
Look Out!
Here comes the Spider-Man.

Is he strong?
Listen bud,
He's got radioactive blood.
Can he swing from a thread
Take a look overhead
Hey, there
There goes the Spider-Man.

In the chill of night
At the scene of a crime
Like a streak of light
He arrives just in time.

To him, life is a great big bang up
Whenever there's a hang up
You'll find the Spider-Man.