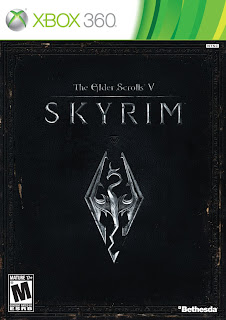 The Elder Scrolls V: Skyrim is an action role-playing game developed by Bethesda Game Studios and published by Bethesda Softworks. It marks the fifth installment of the Elder Scrolls franchise having been released in 2011 for the PC, PlayStation 3 and Xbox 360. Today I'll be looking at the Xbox port of the game.

I know, I know, I should have gotten it for PC, and before we begin I just want to add that I haven't played any of the previous Elder Scrolls games, so I'm going to be looking at the game on its own merits. With that out of the way, let's dive into Skyrim. 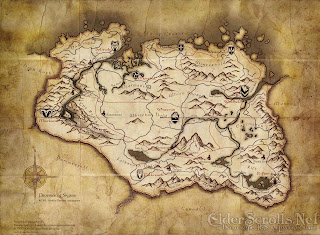 The game comes with a map of Skyrim showing you all of the main locations. You begin the game in Helgen and from there, well from there you can pretty much go and do whatever you want. It's a sand-box RPG so the world is your oyster. This map is a little bit better than the in-game map as it has lines drawn for roads so I would recommend keeping it close by if you're like me and have no sense of direction.

Skyrim opens up with you being transported to Helgen via carriage, and your wrists bound as you were captured by the Empire during an ambush laid out for the Rebels that they're currently at war with. 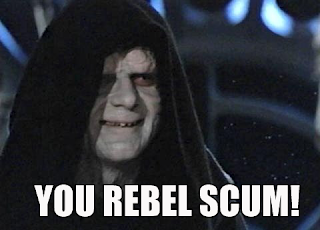 With you is a Rebel soldier, the leader of the Rebellion, and a thief who got caught up in the ambush trying to cross the border like you. Interesting border control.

The carriage stops at your destination and you're brought to a guard who asks who you are, and from there we are shown the Character Creation menu. You have several different races to choose from in the game. Humans, elves, etc.

When you're done with all that, prepare to be executed! Wow, this was a short game. Well, this is ToriJ signing off–! Okay, okay, you don't die. Right before the executioner can chop off your head a huge ass dragon shows up and starts burning the city to the ground. I see Daenerys' dragons have grown up quite nicely. 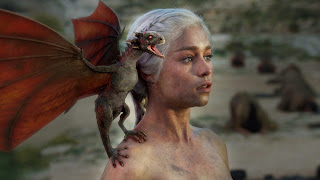 Right off the bat the visuals are stunning, so much so that a person on tumblr once praised God for them. It looks very realistic and the first-person aspect of the game really allows you to be absorbed into the atmosphere and feel like you're actually in the game. I say this as a person who personally hates first-person view styles, but Skyrim shall be added to my ever growing list of exceptions.

Gameplay wise, oh where do I even begin? Your gameplay experience will differ the most from what race you select and some will address you differently according to gender, but that's all. A lot of it is just exploration, discovering new areas and then marking it down on your map. The compass is also of good use as it shows direction, locations, and quest markers. You can fight enemies with swords, iron maces, bows, your fists if you're feeling lucky, and even magic!

Do keep in mind that if a weapon is too heavy you'll only be able to hold that with both hands and won't have room for the shield. Always mind your stamina when in a battle. When it's too low you won't be much good to anyone. There are potions and food available in order to replenish both health and stamina during battle.

The game has three class archetypes to choose from: The Mage, The Warrior and The Thief. Each class has a set of skills that you can strengthen, and various perks that come with them. When you start fighting you'll be like most people who pick up a sword for the first time, extremely bad at it. Keep at it, raise your skill levels and you'll be kicking ass in no time flat. This can be extended to all skills in Skyrim pretty much. Here's your first lesson when it comes to using blades.

Locating a forge will allow you to create new weapons and armor just like a Black Smith. The actual forge will let you make them, as long as you have the proper components which can be found or bought, areas like the grindstone and workbench will allow you to sharpen the weapon to improve damage and upgrade your armor. Smelter is where you can take raw ore you found in the world and melt them down into metal ingots, which can later be used to forge weapons and armor. Tanning is a similar outlet to provide components, only it's for making leather.

You don't always have to fight your way through enemies, though. You can sneak, you can pick locks, you can sneak, pick locks, and steal things. The Thief class gives you Alchemy, Light Armor, Lockpicking, Pickpocket, Sneak and Speech so you can talk your way out of trouble.

Once crouched down you'll see a sneaking rectangle appear on your screen. When it's closed you are hidden, but should it open a little bit, you're in danger of being caught. When it's opened all the way you can be detected and once the word detected is displayed, well, you get the idea. There are also other factors to consider while sneaking, such as your enemy's line of sight, the darkness, movement and sound. If you're hiding behind something then it's unlikely the enemy will see you no matter how good his eyesight is. Darkness can help shield you even further. Keep in mind that two-handed weapons make the most noise while one-handed weapons are quieter. Daggers and bows on the other hand are silent.

While crouched you can also pickpocket people. If you're caught a crime will be reported (DUH!), I'll talk more about Crime and Punishment in a moment. Just looking however is not a crime.

When you go to pick a lock a new screen will appear, showing you a closeup of the lock and the pick. You'll want to steadily move both control sticks to make sure the lock is in the correct position and to prevent the lockpick from breaking off.

Remember, it's not a crime if you don't get caught. Caught pickpocketing, attacking a man who did you no wrong, etc. will get you reported. Once the crime is reported a bounty will be placed on your head (don't you feel special?) and the price will depend on the offense. This will be limited to the town you're in, the same with the guards who chase you. If you're caught you have three options: pay your bounty, resist arrest, or go directly to jail. Paying your fine will avoid arrest, resisting will cause a fight that may be able to be stop if you yield, and going to jail you can either pick the lock of your cell and sneak out, or just serve your time. Serving your time will cause a skill decrease depending on your sentence.

Alchemy allows you to apply ingredients you can find on your travels in order to create potions and poisons on alchemy workbenches to use in battle. Potions apply positive effects on your character while poison is use to add additional damage to your weapon.

With speech you have four types: Persuade, Intimidate, Brawl and Bribe. You can persuade people to do your bidding, intimidate people who try to do you harm, start a brawl, or bribe guards. It's especially good when wanting to sell items for more than they're worth.

The enemies in the game can range from dragons, spiders, wolves, skeletons, bandits, warriors, giants, and a whole butt load of things that the game will make you quickly despise if you play it long enough. One time I even had a thief run up and try to rob me. No joke, people will actually try to rob you, so when that happens Mace them in the face! One thing to look out for is the fact that this is an open-world and one of the dangers that comes with it is that you can stumble upon an enemy that is actually a much higher level than you. You know how when you're playing Final Fantasy II and wandering off too far can take you to an area where enemies levels are well into the nineties? No? Well then, I'm going to have to review that game some time now, aren't I?

The story is simple enough to summarize. The civil war is said to be the last event foretold by the Elder Scrolls to usher in the return of the Dragon-god of destruction, Alduin, who returns to bring complete and utter destruction to the world. A dragon apocalypse, you see, but never fear for you are a Dovahkiin. Dragonborn! A man/woman with the body of a mortal and the soul of a dragon. Blessed by the gods to defend the world against Alduin and all dragon threats!

There is a great many things that the game has to offer, and if I were to go over each one I'd be here a very long time. In conclusion, if you're a fan of role-playing games, open-worlds, and enjoy medieval times and slaying dragons, Skyrim is perfect for you. The gameplay is fun, the graphics are amazing, the story is simple, and the world is vast and glorious. This is ToriJ, Dragonborn, signing off. Wait a minute, if it's my job to slay all the dragons then eventually wouldn't I have to–?