Sailor Moon, originally a manga series written by Naoko Takeuchi and edited by Fumio Osano, would go on to not only popularize the Magical Girl genre, but redefine it entirely, and today I'll be looking at a Sailor Moon game that is considered by many to be among the best ever made. I am of course talking about: 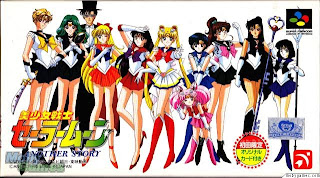 Pretty Soldier Sailor Moon: Another Story was developed and published by Angel in 1995 for the Super Famicom (Super Nintendo) and is the only RPG in the line of Sailor Moon video games released in Japan. The story takes place between the Infinity and Dream Arcs with elements of both the manga and anime versions of the franchise mixed together.

The story begins with astronomers in the 30th Century discovering a meteor on a collision course for Earth. This ushers in the arrival of our main antagonists for the story, the Oppositio Senshi, led by a sorceress named Apsu, who wishes to change destiny as she sees fit by sending her team to the past. Neo Queen Serenity, King Endymion, and future Luna are warned about this new evil through the sight of the Silver Crystal shaking violently above its pedestal. Chibiusa also has a vision of what is to come and warns Usagi.

Most of that is just from the opening.

After we get through our title screen and start a new game, we're taken to Usagi's bedroom where her cat and guardian, Luna, comes in to tell her something is wrong with the town. You then have the option to go and investigate, or stay in bed. I'm not sure why you even have this option as regardless you're going to have to get up eventually, but hey if you want to give Luna a hard time choose to stay in bed.

Before you leave your room Luna tells you not to forget your diary, which can be used to save your process and link techniques from the appropriate menu from the Senshi you select. In the game each Senshi has a list of techniques they can call upon in battle, these techniques of course being based on their attacks from the anime and manga. So, let's see if I have this straight, in Japan diaries save your battle techniques and notebooks kill off your enemies? Good to know.

I also like how the Luna P is used as save locations around town. Did Chibiusa just have that thing mass produced and sent all over town? Actually, after the events of the Sailor Moon Super S movie having a Luna P in every child's home wouldn't be a bad thing. I think I just got myself a head canon!

When you enter a battle you have seven options: attack, techniques, linked techniques, group techniques, items, defend, and run away with your tail tucked between your legs. The attack is just basic melee moves limited to one target while some techniques are able to attack multiple enemies at a time and typically do more damage, but cost more power.

You can have up to five characters in a group at any time, which means you get the full enjoyment of Sailor Moon and her friends fighting together. Later on in the game you get to play as the Outer Sols, and Sailor Chibimoon. Everyone starts off at level one with the exception of Sailor Pluto who starts out at a whopping level sixteen!

Who's not a planet now!?

Although they all start at level one, the Outer Sols seem to get the short end of the stick. Right off the bat I'm doing more damage with the likes of Mercury, Mars, etc. when they're at level one than I am when I get to the Outers and they're supposed to be stronger. Even Sailor Moon is doing more damage with physical assaults than Uranus. When I attacked with Saturn at one point she only did minus one damage.

Minus one damage. One of the strongest characters in the series, the Senshi that everyone feared being awakened who can destroy a planet at the drop of a hat, and she can only do MINUS ONE DAMAGE?! …...... AHHHHHHHHHHHHHHHHHHHHHHHHHH! 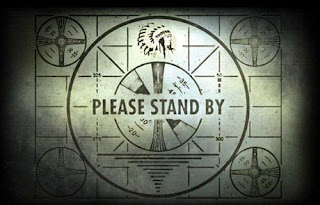 To be fair, they do get stronger as you level up, it's just weird seeing them perform so poorly in comparison with the other Senshi if you're familiar with the characters.

The story is well constructed, being able to relive moments from the past while at the same time crafting its own story. It feels like it could have been its own chapter in the manga or arc in the anime. It has everything that people enjoyed about both mediums right down to the characters, the drama, the humor, music. and even the voice actors.

I have nothing bad to say about the gameplay or graphics. The gameplay is fun with its battle system, and just exploring the various locations available in the game while the sprites used in the game are pretty popular as well. Search around the fandom long enough and you're bound to find more of these use in other places.

I feel I must say, Juuban is a maze. I feel like Ryoga Hibiki looking for Furinkan High School. Some of the buildings look the same, there's no map to help you figure out where you are and how to get somewhere. Even when I start to get a grasp of where's where I still end up getting lost, which is great for grinding considering how many enemies you can run into.

Speaking of grinding, like many RPGs of its time this game is very unforgiving of not grinding. I once neglected to level up at one point and got my ass handed to me on a fucking platter! Even with grinding this game is still ridiculously hard. Japanese girls are either the greatest RPG players of all time, or the developers were just being cruel. Apart from that, there isn't much there to pick on in my opinion.

In conclusion, if you're a fan of Sailor Moon and enjoy RPGs, then I'd recommend checking this game out. Just know that it can be hard to follow at times if you're not familiar with the anime or manga.