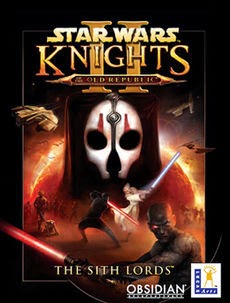 Star Wars: Knights of the Old Republic II is a role-playing game developed by Obsidian Entertainment and published by Lucas Arts. It is the sequel of the popular Knights of the Old Republic coming out only one year later after its predecessor to both the Xbox and Windows PC. The game takes place five years after the events of the first game and this time you play as a former Jedi Knight who was exiled by the Jedi Order. Just like the first one I'll be looking at the PC version of the game.

The game starts up with the character select screen like before and most of it is the same as before. The only difference are the character classes, portraits, and what feats you start out with. Your choices of class are Jedi Guardian, Sentinel, or Consular, and Consular is recommended for advanced players only.

I'll give this game one thing over its predecessor, the beginning is nowhere near as long and tedious as it is in the first game. When I play through it again I still enjoy it and stumble upon some new things I didn't before. Overall, it just has a bit more replay value than the first game and gets going sooner, and the characters you start off with at the beginning, Atton and Kreia are just more interesting all around. The banter with Atton is great and Kreia provides a lot of interesting discussion as well. Most of the playable characters are all new with the only reoccurring ones being Ordo, T3-M4, and HK-47. The rest of the main characters from the first game that show up are reduced to NPCs.

Gameplay wise, again, not much has changed at all (even the soundtrack is the same) except for a few very subtle changes. For starters you can now equip two sets of weaponry and switch between them at the click of a button, and you can gain and lose influence between your teammates through dialog options you choose when speaking with them.

Early into the game when you're talking to Atton, you can shape how the rest of the game will go about by answering certain dialog options about Revan. Whether you played him as a man or a woman, and if you chose the Light or Dark Side. Or you can select not to give a crap and let the game choose whatever default setting there would have been. It's a nice subtle way to get that out there, but I think I prefer the way Mass Effect did it. Oh, and if you were expecting to run into Revan while playing the game... HAH!

Story wise, it's pretty good. They build up the Exile and how and why she lost her connection to the Force, and the Darth Nihilus scenes are fascinating to watch. The story and characters are really the only noticeable difference as it feels like the same game in everything else. Even some of the glitches are the same. While I'm on the subject, I do have a few questions.

Keira: Ask and I will answer.

Well, while playing the first game I was lame and went with the Light Side ending saving the galaxy. So my question is... why are the Republic so weak? Why is the Sith so strong? Why does everything in this star system feel so dead? How come this guy can't talk? How come this guy looks like a zombie? How come this girl can't see? Why does it feel like I chose the Dark Side ending when I was a Jedi? Why does it virtually not matter which ending I choose in the end when Revan is going to be gone and unaccounted for either way? Why was this not made by BioWare? Why did they have such a ridiculous deadline that caused the game to be unfinished when it was released?

It kind of sucks. I won't be too hard on the developers here because they only had a year to work, but it would have been cool to actually SEE Revan and how he/she developed as a character in the past five years based on the choices you made in the first game. Like having Revan as an ally (temporarily playable or otherwise) if you chose the Light Side ending, and as a bonus boss fight if you chose the Dark Side ending. How awesome would it have been to be able to have an actual conversation with the main protagonist from the last game? All you get is fighting a silent vision of Revan, which is better than nothing, but still. You were able to import Shepard in the Mass Effect sequels, I don't know why you couldn't here unless the technology to do so just wasn't there yet.

The biggest drawback in this game is that it's basically the same game with a repackaged cast of characters and story. There was no attempt to improve on its predecessor. It's not like the transition between Mass Effect 1 and 2 or Assassin's Creed 1 and 2 which improved on the gameplay and ironed out the flaws from the first game. This game feels more like a blatant rehash than Batman Arkham Origins was. I think the main reason why is because they only had a year to develop the game so they spent less time on ways to improve and refine the gameplay and more time just getting it finished by deadline. Whoever keeps rushing the people on these games are jerks.

I noticed some things with the battle system that I didn't before while reviewing the first game. It should be noted that KOTOR is not considered an action RPG, just an RPG, but it isn't turn base. It's real time. When you engage an enemy your character approaches them and after you decide what to do your character basically stands there, as does the enemies, why either firing from the blaster (which is crap by the way) or fight with a sword/lightsaber. There's no other tactics you can utilize while playing. You can't evade, you can't parry, you can't block, you can't take behind cover, and your only means of getting away is to disengage. It's like it was trying to be turn base without actually being turn base, and the end result just feels awkward. I'm shooting a guy point blank with a blaster, WHY AM I MISSING?! The battle system is much more refined when you get to The Old Republic.

Glitches. Oh. My. God. The glitches! I don't know how much of it is the game or how much of it is the specs not being compatible with my computer (I know it has trouble with new operating systems), but it was just ridiculous. I'd be in the middle of a conversation with somebody and it would just skip pass all the dialog boxes to where I would have to go the journal just to see what all was said. The audio would give out during cut-scenes. The screen would turn to black after coming back from a cut-scene and wouldn't correct itself until I hit the window key and came back to the game, which by the way is very annoying when people are SHOOTING AT YOU!

The text box at times appeared above the screen with the words being at the bottom. I'd go through a doorway at Citadel Station and it wouldn't take me to the next room until I turned around and started going back. Atton didn't appear in his cell during one scene because the game wouldn't load his character there, the poor guy was still back in the room where we were caught trying to catch up. Last, but not least, the game crashes on me for the simple crime of going into a new area and before it could auto-save. These glitches were so bad and so damn persistent that the game was nearly unplayable. If you absolutely have to play this game either play it on an older computer, download it off Steam, or search for the Xbox version. I have no idea if the Xbox version is glitch free, though. You may be better off sticking with Steam. Less time spent trying to hunt down a hard copy.

If you've played the first game this can feel very “been there, done that” while playing. The only new things it has going for it are the improved cast of characters, and the story, like always, is engaging. The rest suffers from being a rushed product at the hand of a different developmental team that had nothing to do with the first one. What would Obsidian Entertainment go on to make anyway? 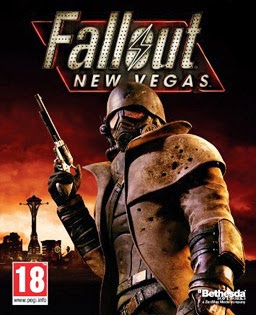 We were wronged, folks. We were very, very wronged.


If you find the story KOTOR II offers interesting or just don't care if gameplay wise you're basically replaying I again, then have at it. If what you read up on the story is of no interest to you or you DO care about the gameplay, you may want to skip it.